Chad le Clos made history on the final night of the Fina World Short-Course Championships in Doha when he became the first swimmer to win the 50m, 100m and 200m butterfly. His victory in his specialist event last night brought his total tally to four gold medals, the biggest medal haul by an individual South African swimmer at the global showpiece. He surpassed the three gold medals swimming legend Ryk Neethling won at the 2006 edition in Shanghai. Le Clos started his medal harvest by winning the men’s 200m freestyle, a new addition to his repertoire.

The 22-year-old swimming sensation was made to work for his third butterfly gold of the meet. Japanese challenger Daiya Seto proved to be a gritty competitor as he never allowed the South African a clear lead. Le Clos was at the front for most of the race with Seto breathing down his neck. In the second last lap Seto briefly wrested the lead from the world-record holder but Le Clos surged over the final 25 metres to out-touch the Japanese swimmer. Le Clos touched in a new championship record time of one minute, 48.61 seconds (1:48.61) with Seto taking silver in a creditable 1:48.92, while Poland’s Pawel Korzeniowski bagged bronze in 1:50.21.

The Durbanite now holds both the 200m and 100m butterfly world short-course records. He set a championship record in the 50m butterfly event on Saturday in a time of 21.95 which is 0.15 seconds from the world mark. Meanwhile, Olympic gold medallist Cameron van der Burgh got back on the podium with a silver-medal swim in the men’s 50m breaststroke. He shared the second spot with Great Britain’s Adam Peaty as the two swimmers touched the wall simultaneously in a time of 25.87 seconds. Brazil’s Silva Franca took the spoils by posting a new championship record in a time of 25.63 seconds for the title. Van der Burgh missed out on a podium spot in the 100m breaststroke final earlier this week with a fourth-placed finish. 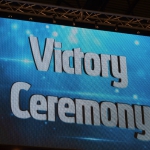 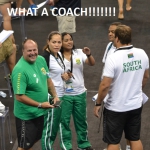 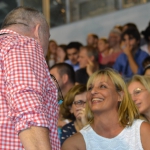 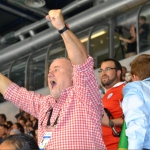 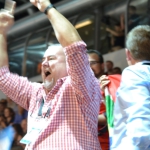 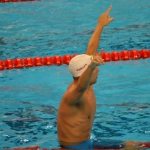 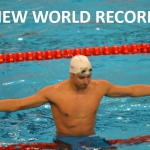 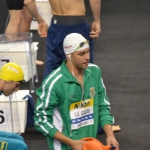 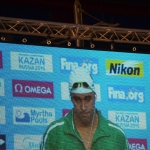 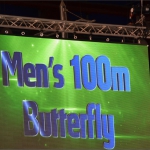 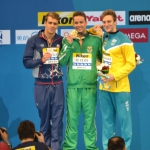 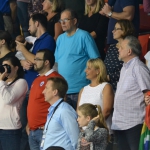 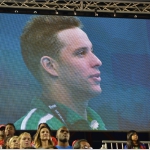 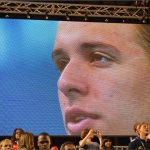 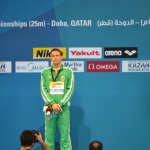 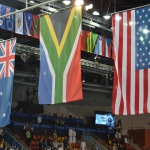 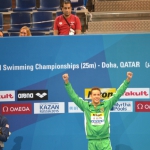 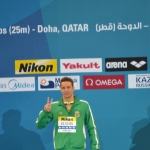